A Win-Win Situation: Your Employee’s Success is your Company’s Success

Home/Blog/A Win-Win Situation: Your Employee’s Success is your Company’s Success

Happy people are better workers. Employees who are engaged with their jobs and colleagues work harder and smarter. This is a fact, but often not so a reality. Not too long ago, a friend was venting out her frustration and she said that her organisation has no respect for its employees to the extent that they call them ‘resources’ and all that matters is the work that they do. This is just one example among countless others all across organisations.

When an organisation doesn’t value its employees well and treats them like robots that are just preset to churn out results, it will eventually take a toll on the employees. Research conducted by the likes of neuroscientists Richard Davidson and V.S. Ramachandran and scholars such as Shawn Achor have pointed out that employees in such settings are neither emotionally nor intellectually committed to their organisations. Disengaged and unhappy people aren’t fun to work with and they don’t add much value to the organisation because their full potential isn’t being tapped into.

A recent study by the Hackett Group stated, “Money is nice. But attention, recognition and the chance to learn new skills are the keys to keeping top performers on board as the job market improves.” Employees “will be more hesitant to make a jump if they feel like they’re part of a family, an organization that’s investing in them.” This viewpoint was confirmed in a 2011 Globoforce survey that found 78 percent of people are motivated in their job because they were recognized. When employees excel, the organisation grows. In a Towers Watson study of 50 companies over a one-year period implemented various changes to put their employees first and it resulted in a 19% increase in their operating income and nearly a 28% growth in earnings per share. Conversely, companies with low levels of employee engagement saw their operating income drop more than 32% and EPS decline by 11%

Here are 3 things that employees want from their organisation.

A company’s success is defined by the profit or revenue levels, brand equity and percentage of market shares. A crucial key to an organisation’s growth lies in the hands of your employees. They are the ones who make your products and serve your customers. Hence, implementing programs that will enable them to succeed will, in turn, enable the company to succeed. 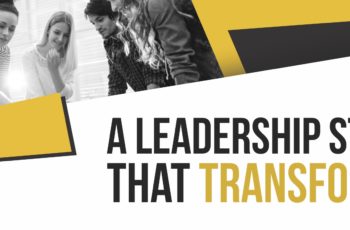 A Leadership Style that Transforms

Let’s Talk About It!