How can you Implement Change in your Organization Successfully?

Home/Blog/How can you Implement Change in your Organization Successfully?

A constant in an ever-evolving business world is change. A French novelist Jean-Baptiste Alphonse Karr wrote down an epigram about change management when he said, “Plus ça change, plus c’est la même chose,”  which means, The more things change, the more they stay the same. Bringing about change in an organization is far from an easy task; however, it is imperative if you don’t want to be left behind by your competitors.

While bringing about change in an organization is critical, it is also important to know how to implement change effectively and successfully; otherwise, it could result in loss of financial resources as well as create confusion among employees. According to a 2013 Strategy&/Katzenbach Center survey of global senior executives on culture and change management, the success rate of major change initiatives is only 54%.

Here are some tips that will help you to successfully implement initiatives of change within your organization.


Executing a change initiative is not an easy task. Moreover, the need for it is only going to become more and more urgent, which means that it needs to be done right. 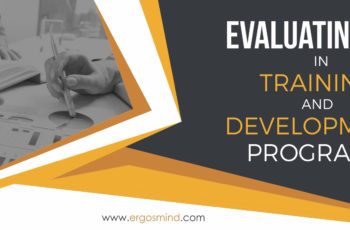 How to Assess ROI in Training and Development Programs?

The Secret to Tapping into Your Full Potential